The Hollard Insurance Company Pty Ltd board of directors are: 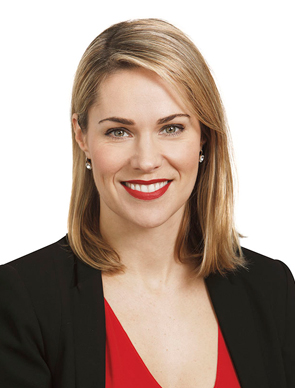 Katrina Barry joined the Hollard Board in 2015, and has served as Chair of the Investment and Renumeration Committees.

As an experienced leader and former McKinsey consultant, she specialises in strategy and transformation for iconic brands. She is presently the Managing Director of Trafalgar Tours and Contiki Holidays, looking after the Australasian businesses end to end, including regional operations.

Prior to joining travel, Katrina spent a number of years with BT Financial in senior leadership roles leading various direct businesses, and digital, marketing and customer experience across multiple brands. Previous to that she spent 7 years with the Virgin Group where she held a variety of non-executive and executive roles including leading strategy at Virgin Money, investment management at Virgin’s Private Equity arm, and being one of the founders of Virgin Active gyms in Australasia. Katrina started her career as a Lawyer and then as a management consultant at McKinsey and Company.

Katrina holds Commerce and Law degrees from the University of Auckland, and an Executive AMP from Wharton. She is a member of the Institute of Company Directors. Richard is a director, and former president, and the current deputy president of the Insurance Council of Australia. He also serves on the Advisory Board of Head Over Heels, a not-for-profit organisation that supports a portfolio of high-potential women-owned businesses. Richard is also a director of the Ascham School Council of Governors.

Richard holds a Master of Science from the London School of Economics and a Bachelor of Arts from the University of Southern California. Ellie Comerford has worked for 35 years in financial services in Australia and overseas across a number of banking and insurance businesses. Ellie's responsibilities have covered both executive and directorship roles and experiences gained include strategy planning and business development, commercial and operation management, product and relationship management, and risk governance, with ongoing focus on culture and leadership development and people engagement.

Ellie joined Hollard in March 2016 as non-executive Director undertaking roles at various stages of Chair Audit Committee and Chair Remuneration Committee. From October 2018 Ellie moved into an executive director role firstly as Group CFO for Hollard and from May 2021 as Senior Strategic Adviser for Hollard Holdings Australia. From 2010 to 2016, Ellie was CEO & Managing Director of Genworth Mortgage Insurance Australia, leading it to successfully IPO in 2014 as an ASX top 200 listed company. Before joining Genworth, Ellie worked at First American Financial Corporation, a leading global title and specialty insurance and mortgage services company for close to a decade both in Australia and internationally in executive and directorship roles. Prior to that Ellie held a range of banking executive roles at Citigroup during a tenure of close to 14 years.

Ellie is also a member of Chief Executive Women, an organisation focused on increasing women's representation in senior leadership across Australia. Jane joined Hollard in November 2018 and is Chair of the Audit Committee and also the Independent Board Committee. Jane has over 30 years’ expertise, serving on boards of insurance, funds management, property and other financial services entities. She has extensive experience in profitably growing business and enhancing the profitability of established businesses. Current examples include the Cromwell Property Group and Warakirri Asset Management. She was a non-executive Director of the Australian Energy Market Operator and served as a member and Company Director to the South Australian Financing Authority. She developed her management and leadership experience as a Partner at PWC, specialising in the financial service sector and litigation support.

Along with her deep experience in finance, her board experience is vast with over 20 years' experience as a Chair, Chair of audit and risk and as a non-executive Director and as a Trustee. She is currently Chair of Cromwell Property Group, Catholic Church Insurances Limited, Warakirri Asset Management Limited and Brighton Grammar School.

Jane is also a Williamson Fellow and graduate of Leadership Victoria. She holds an Executive MBA from Melbourne University, a Bachelor of Business from RMIT and is a Fellow of both the Chartered Accountants Australia and New Zealand and Certified Practising Accountants of Australia and a member of the Institute of Company Directors.

Karl joined Hollard in June 2019, and is the Chair of the Reinsurance Committee. He has more than 47 years’ experience in the insurance industry with specific experience in Underwriting, Reinsurance and management with 18 years in the UK market. He held the role of Chief Executive Officer of NZI from 2008 to 2014 when he joined IAG NZ as Chief Risk Officer.

From January 2016, Karl’s role at IAG NZ also incorporated closure of Canterbury Earthquake Claims and direction of the new Kaikoura event. In addition, he also undertook responsibility for Pricing, Product and Underwriting across all brands before retiring in 2018.

Karl is also a member and Past President of ANZIIF and has been on their Board since 2010. In 2014, he was awarded the “Insurance Leader of the Year” for NZ and in 2017 received the ANZIIF Lifetime Achievement Award. Karl’s qualifications include: ANZIIF (Fellow) CIP and Dip Mgmt (Open).

Noeline Woof joined the Hollard Board in 2018 and is Chair of the Risk Committee. Noeline is also a Director of Pacific Life Re (Australia) and Westfund Health Insurance. She has senior executive expertise in risk and financial management in regulated markets and deep knowledge of general insurance, health insurance and injury compensation schemes.

Noeline was Chief Risk Officer and Chief Actuary at Allianz Australia from 2011 to 2017 and prior to that was an Actuarial Partner at PricewaterhouseCoopers for 6 years. She also worked with APRA as Senior Policy Advisor on the Life and General Insurance Capital reforms.

Gary joined the Hollard Board in September 2021 and has worked in financial services for 36 years, in general insurance for 12 years at Insurance Australia Group and 11 years at Suncorp Group, and prior to that for 10 ten years in retail banking at St George Bank.

Gary is Chair of the Remuneration and Projects & Technology Committees.

Having held executive roles across a range of functional areas such as distribution, marketing, technology management, product manufacturing and operations, Gary’s most recent roles were as CEO of Suncorp’s Australian insurance business, CEO Suncorp Customer Platforms and CEO Vero Insurance New Zealand.  In these and previous roles, Gary has been deeply involved in large-scale natural disaster response in Australia and New Zealand for more than 20 years and he is passionate about the importance of community resilience and recovery.

Gary is a Graduate of the Australian Institute of Company Directors.